To all Honors students:

Come learn about a spring semester Honors course that includes a spring break trip to Italy and France!

Info sessions will be held:

The strength and durability of the Roman Republic and Empire were facilitated by the development of a sophisticated infrastructure. The ability to move food, water, and treasure over large distances allowed the Romans to develop and sustain a quality of life that after their fall would not be duplicated for centuries. The aqueducts that brought water to Rome and its many imperial outposts were an important part of this infrastructure, and many still stand as testaments to the skill of the ancient engineers.

In HNR 350: Aqueducts of Ancient Rome, Professor and Honors Core Faculty Member Chris Johnson, of Civil and Environmental Engineering, will use the aqueducts as a focal point to learn about life in the Roman Empire. Students will learn about the role of public works in sustaining quality of life, how major infrastructure projects like the aqueducts were financed and constructed in ancient times, and how they contributed to the economic and military power of Rome. You will also discuss the technical concepts underlying water supply, and how the Romans, without advanced mathematics, were able to engineer systems that are strikingly similar to modern aqueducts. 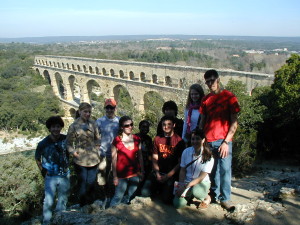 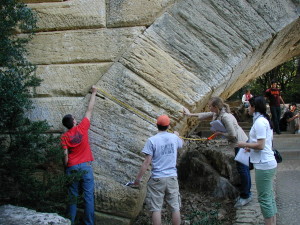 Midway through the course, during spring break, the class will visit sites in and around Rome, Pompeii, and Nîmes (France), including the stunning Pont du Gard. This class, limited to 15 students, is open to all Honors students and interested non-Honors students will be accepted on a space-available basis. Students must attend the field trip to earn credit for the course.

Tuition for the course will be covered as part of regular spring semester tuition as long as you do not exceed 19 credits. The cost for the Spring break component of the course is approximately $3,250, which includes round trip transportation from Syracuse to Europe, housing, entrance fees, and some group dinners. It also includes all activities and services for which a separate fee is not charged. The final fee will be set once airfare and other expenses have been confirmed.

If you have any further questions, they can be directed to Professor Johnson at cejohns@syr.edu.