When Greta Thunberg stood before the General assembly of the United Nations in September of 2019  to make her passionate plea for a drastic change to reverse Global Warming, she was speaking for a generation that wanted the world to act before it was too late. The major institutions have not met the passion of the youth in relation to the need for change, in part because the ideation systems that brought the world to the current precipice are still the dominant mode of thinking about the linkages between humans and nature. It is in Africa where it has been stated that the peoples of Africa are the most vulnerable to climate change. The Course will start out with a general overview of the implications of Global Warming for Africa. After examining the elements of the climate crisis drawing form examples of desertification and gas flaring in Nigeria, the course will focus on the Sahel and specifically on the current drying up of Lake Chad.

The reduction of Lake Chad, which has been called an ecological disaster, has not only destroyed livelihoods but also led to the loss of invaluable biodiversity. In  the course, there will be in depth examination of the struggles to Save Lake Chad and the various plans that have been proffered over the past thirty years. There will be an examination of the role of the Lake Chad Basin Commission along with the competing and alternative plans that have been put forward by UNESCO. Students will be encouraged to interface with NASA and the images that have been gathered to grasp the long-term implications of the displacement of peoples. The key area of focus will be on the implications and possibilities from the planned water transfer scheme from the Congo River basin through the Chari River to Lake Chad.

The conclusion of the course will analyze the three options that have been placed before Africa and the world, namely (a) doing nothing, (b) embracing neo liberal concepts of adaptation or (c) bold plans to reverse global warming.  See more details of this listing on our courses website.

The course will be organized as a seminar with discussions and presentations. 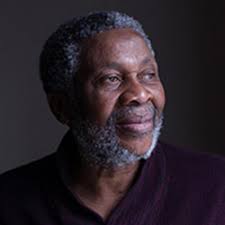 Professor Horace G. Campbell holds a joint Professorship in the Departments of African American Studies and Political Science at Syracuse Uuniversity. In 2016- 2018 he was Distinguished Kwame Nkrumah Chair at the Institute of Africa Studies at the University of Ghana. Professor Campbell’s most recent book is “Global NATO and the Catastrophic Failure in Libya .” He has authored over 100 journal articles and a dozen monographs. Dr. Campbell is completing a book on US Militarism and African Independence.