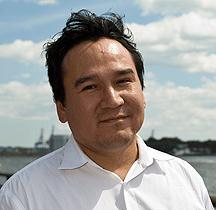 Senior Terry Jones (VPA ’16) received the exciting news that his film, “Give and Take” is an official selection in the LA Skins Fest. Terry, a member of the Seneca wolf clan, filmed the short on the Onondaga Nation in Nedrow, just south of Syracuse. In the film, a linguistic anthropologist travels to a nearby reservation to record indigenous songs for his research. However, when he arrives to meet with a community elder, an American Indian trickster lures him into the forest.

Terry also was awarded the Udall Scholarship in 2015 for his work with Native American art and policy. 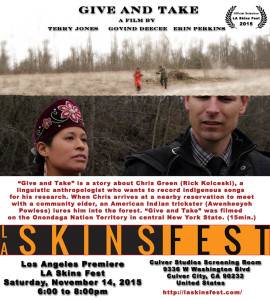