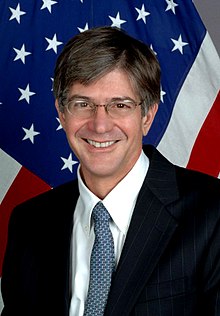 None of these debates are new. From the earliest days of the Republic, American political leaders and the public have debated these fundamental choices about how the United States should engage on the international scene. Thomas Paine urged US support for the French Revolution; John Quincy Adams cautioned against going abroad “in search of monsters to destroy”. The founders warned against “entangling alliances”; 150 years later the “greatest generation” created NATO and a network of alliances in East Asia to combat the threat they perceived from Communism.

In this course we will look at the debates surrounding some of the most important “critical choices” in American history, not only to understand better how the United States has arrived at the role it now plays in the world, but more important, to help us think about how to resolve the difficult choices we confront today.  Drawing on primary sources, students will take on the roles of key protagonists in the historical debates, evaluate the strengths and weaknesses of the competing approaches and learn to apply the lessons from these past experiences to contemporary challenges. See the details of this listing on our courses website.

The Honorable James B. Steinberg is University Professor of Social Science, International Affairs and Law at Syracuse University, where he was Dean of the Maxwell School from July 2011 until June 2016. Prior to becoming Dean he served as Deputy Secretary of State, the principal deputy to Secretary Hillary Rodham Clinton, from 2009-2011. From 2005-2008, Steinberg was Dean of the Lyndon B. Johnson School of Public Affairs. From 2001 to 2005, Mr. Steinberg was vice president and director of Foreign Policy Studies at the Brookings Institution.

Mr. Steinberg was deputy national security advisor to President Clinton from 1996 to 2000. During that period he also served as the president’s personal representative to the 1998 and 1999 G-8 summits. Prior to becoming deputy national security advisor, Mr. Steinberg held positions as director of the State Department’s Policy Planning Staff, and as Deputy Assistant Secretary for Analysis in the Bureau of Intelligence and Research. He is the recipient of the Joseph J. Kruzel Memorial Award, American Political Science Association (2014), the CIA Director’s Medal (2011) and the Secretary of State’s Distinguished Service Award (2011).

Steinberg’s most recent books are A Glass Half Full? Rebalance, Reassurance and Resolve and  Strategic Reassurance and Resolve: US-China Relations in the 21st Century (both with Michael O’Hanlon  Recent book chapters include “Present at the Recreation: The Role of the State Department in Formulating and Implementing US Global Policy” in Nicholas Burns and Jonathan Price, eds., America’s National Security Architecture (Aspen Institute, 2016); “United States: Grappling with Rising Powers” in William I. Hitchcock, Melvyn P. Leffler and Jeffrey W. Legro, eds., Shaper Nations: Strategies for a Changing World (Harvard University Press, 2016) and “History, Policymaking, and the Balkans: Lessons Imported and Lessons Learned” in Hal Brands and Jeremi Suri, eds., The Power of the Past, History and Statecraft, (Brookings Institution Press, 2015). He has also authored Difficult Transitions: Foreign Policy Troubles at the Outset of Presidential Power (Brookings 2008) with Kurt Campbell.

Mr. Steinberg received his A.B from Harvard College and a J.D. from Yale Law School. He is married to Sherburne Abbott, University Professor at Syracuse University. They have two children, Jenna and Emma Steinberg.