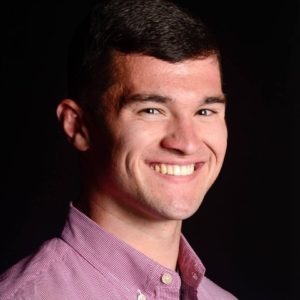 In his first year in law school at the College of William and Mary, Alex Amico (AS ’17) is still taking required first year law classes before he makes a decision on the type of law he will focus on and eventually practice. He is also exploring summer internship opportunities. While at Syracuse University, Alex was dually enrolled in the College of Arts & Sciences and Newhouse School for Public Communications where he pursued majors in Political Science and Broadcast & Digital Journalism, respectively. For his Honors capstone project, Alex examined the partisan shift of the American South since 1964, specifically why it took so much longer for Republicans to win a majority of the vote for statewide, House and Senate elections. His research sheds light on the role that local issues in each state played in this partisan shift. Alex acknowledges that researching and writing his honors capstone played a significant role in preparing him for the intense reading that law school requires.
“Capstone research absolutely helped me with law school because of the reading I had to do. Law school work before finals is almost entirely reading cases and statutes. Working on a capstone where I had to read a significant amount for research made it not so daunting once I started law school.”

Alex also enjoyed other experiences in the Honors program, especially the classes:
“I think being able to take classes I otherwise would not have had access to, as well as work on an in-depth capstone gave me a much deeper and broader education than I would have had without Honors…The classes offered were definitely my favorite part. They were so interesting and in-depth, and offered me opportunities to study disciplines that I never would have had the chance to be exposed to in my majors.”

Alex advises current and future Honors students not to be afraid to take classes that interest them and more importantly, to start working on their capstone early and not procrastinate:
“Take classes that interest you. Don’t worry too much about whether it’ll be something you use after graduation. If it interests you, it’s worth taking, and chances are you will use it after graduation in some way… Start your capstone early. Keep up with the deadlines. Do a little bit of work every day.”