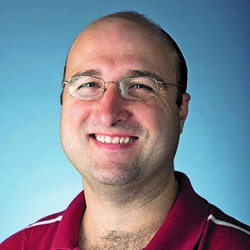 This course will critically examine how science-fiction and sci-fi/fantasy franchises such as Harry Potter, Doctor Who, The Chronicles of Narnia, The Hunger Games, Star Trek, and Star Wars act as modern myths that have both reflected and modeled social values, particularly in British and American society, from the end of the Second World War until today. In addition to delving into the mythologies of these franchises ourselves, we will explore how scholars in literary studies, media studies, anthropology, and religious studies have explored the roots of their popularity. We will also look at the ways the fandoms they create have attempted to translate the franchises’ messages into the formation of alternative communities and real-life social activism. The course will conclude by exploring popular sci-fi/fantasy franchises from Asian countries such as the recently published Three-Body Trilogy and compare their moral messages and social impact with those of their counterparts from the English-speaking world.  View listing details on our course website.

Gareth Fisher is an associate professor of religion and anthropology. He holds a PhD in Cultural Anthropology from the University of Virginia and conducts research on the revival of lay Buddhism in China on which he has published two books. More importantly for this class, he has written fifteen-hundred pages of Harry Potter fan fiction, won two fansite writing awards, attended twelve Harry Potter conventions, and served as captain for two successful Quidditch Cup teams. He has watched every still-existing episode in the fifty-six year history of Doctor Who and most episodes of all Star Trek franchises. He has seen every Star Wars film at least five times