On Thursday, October 18th, Honors Core Faculty member and chair of the Magazine Journalism Department, Melissa Chessher, hosted the inaugural “Honors Footnotes” event – a guided tour of Oakwood Cemetery, led by Sue Greenhagen, a member of the Historic Oakwood Cemetery Preservation Association, a local historian, and a retired librarian from Morrisville State College .Designed by one of America’s earliest landscape architects, Howard Daniels, Oakwood Cemetery opened its gates on November 3, 1859. The 160 acres of this outdoor museum feature a Gothic style mortuary chapel, 19th- and 20th-century architecture styles, including works by Horatio Nelson White and Archimedes Russell, and hundreds of 150-year-old trees, which showcased their fall colors. Sue Greenhagen (who, along with her sister, are known as “the cemetery chicks”) has spent years researching those buried in Oakwood. In addition to the general history and featured architects just mentioned, the tour highlighted a few of the more notable characters including an abolitionist, a robber baron, a Civil War commander, and several celebrated writers, artists, and philanthropists!

In a sentence: “Honors Footnotes” are small events hosted by Honors faculty or staff that encourage informal interaction around a variety of topics! Stay tuned for future opportunities! 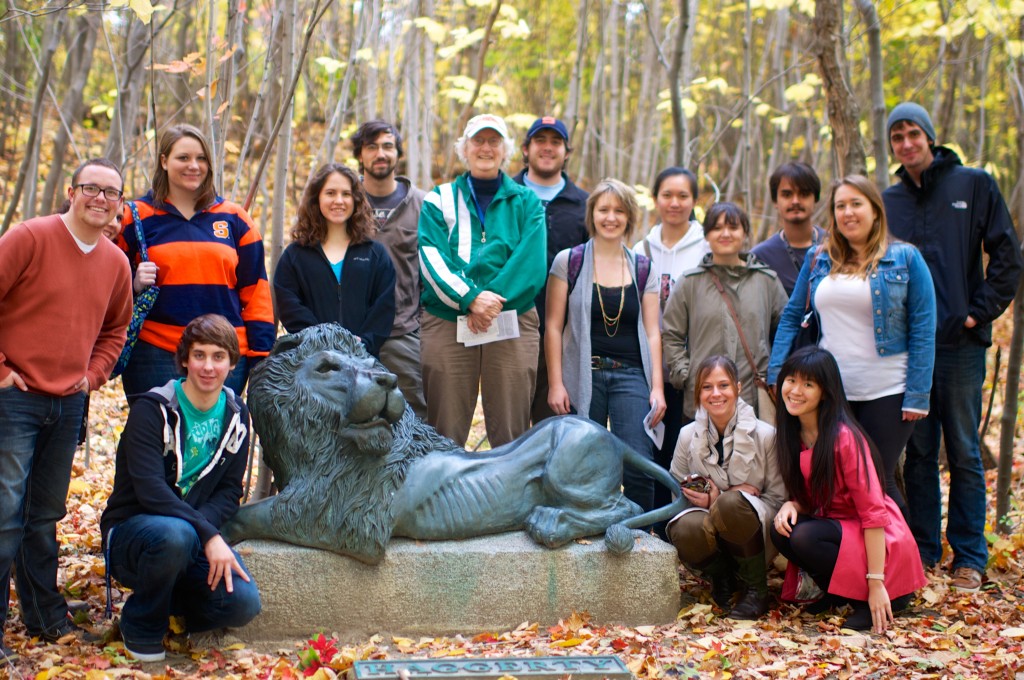 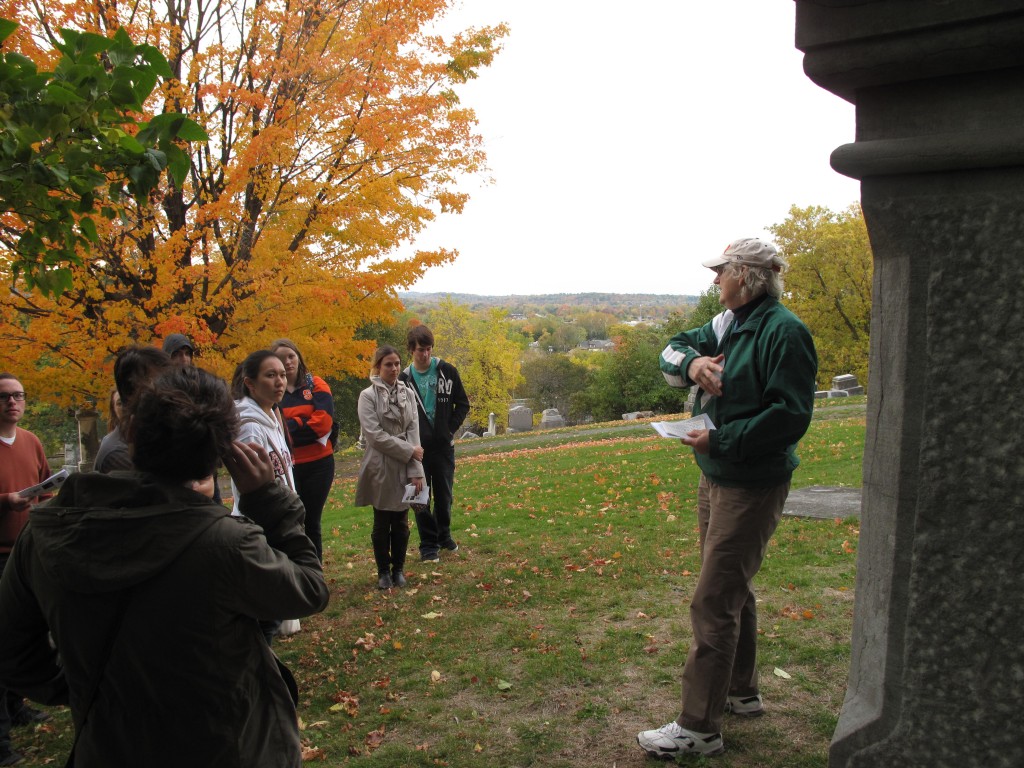