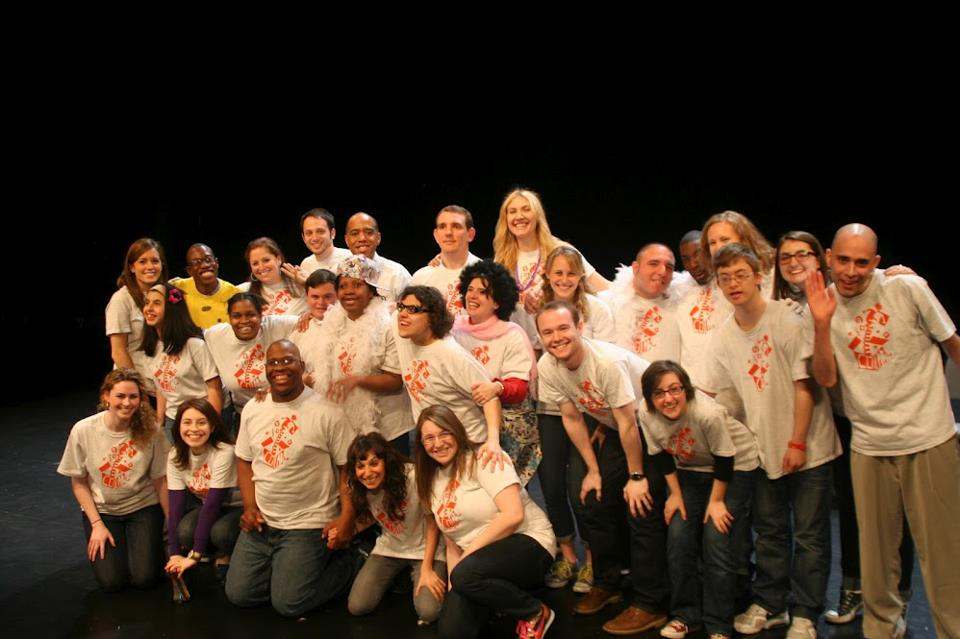 Last week, Arielle Lever, Honors alumna of the class of 2010, returned to Syracuse with the non-profit CO/LAB to speak to the SU Drama Department about theater in an outreach capacity.

CO/LAB was founded by 4 SU drama alumni, including Arielle, in 2011 and is inspired by and modeled after Syracuse University’s former Young Actors Program, now All-Star Cast.  CO/LAB’s mission is to provide individuals with developmental disabilities a creative and social outlet through theater arts.

The non-profit has really taken off since its inception. Starting in the fall of 2011, they have reached over 350 individuals with developmental disabilities ranging from ages 5-79, they have produced 8 shows, and launched a satellite program in Seattle, WA. (Special shout out to the 65% of CO/LAB’s volunteer base that are SU alumni!)

We encourage you to get more of an inside look at CO/LAB and watch their informational trailer at: https://www.youtube.com/watch?v=Nvucdy9k59M and read about their work on their blog at:  www.colabtheatergroup.tumblr.com.

We applaud Arielle, her fellow CO/LAB cofounders, its workers, and participants for the amazing work they do together!